I’ve always loved to study languages. I grew up in a bilingual area close to the Quebec border where a French dialect nearly unrecognizable to the French (and sometimes to the Quebecois from whom it derived) is widely spoken. In college I continued to study French, majored in Russian and took a few semesters of Spanish because I had a crush on the professor. As a graduate student in Slavic literatures, I studied Croatian for a summer in ultra-Catholic Zagreb, where the prize for the best language student was a large coin with a fetus on it (it was OK with me that I didn’t win). While I’ve met with many linguistic frustrations over the years (the Russian case system, French verb tenses) little in these experiences prepared me for the hot mess that is learning Norwegian as a foreigner in Norway.

A Norwegian-to-Norwegian translating dictionary. … No, really.

Back in the day, Danish was the standard written language of Norway. While the urban elite also spoke the same Danish they wrote, or a Norwegianized form of it, the isolated rural populations spoke dialects that evolved only gradually from Old Norse (Vikingspeak) to something more closely resembling the Dano-Norwegian spoken in the cities.

Ivar Aasen, who died 118 years ago, is sometimes the bane of my existence.

Norway was liberated from Danish rule in 1814, and as this was the era of Romantic Nationalism, establishing one’s own national language and culture was a primary concern. Norwegian linguist Knud Knudsen began to standardize a more fully Norwegianized form of written Danish into what is today called bokmål (literally, ‘book language’). Meanwhile, a self-taught country boy named Ivar Aasen (who, in my opinion, could not just leave well enough alone) traveled throughout Norway’s far-flung rural settlements, compiling many different spoken dialects into Norway’s other official written language, nynorsk, or “new Norwegian” (sometimes called ‘spynorsk’ (or ‘Pukewegian’) by bokmål devotees). 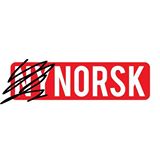 Although only about 15% of Norwegian schoolchildren opt for nynorsk as their language of primary instruction today, all schoolchildren learn both languages in school since nynorsk is the official written language of many counties, especially in Western Norway. So while Bergen is a bokmål city and all of its official written business is done in bokmål, it is located in a nynorsk county, and so all institutions administered by the county (the hospitals, universities and high schools) issue communications in nynorsk. And this doesn’t cover what is spoken in Bergen, which is its own crazy something else. The shock and despair I felt when I learned all of this has since diminished, but it may be years before it ever fully leaves.

From the start, people in Norway have been deeply, personally invested in whichever regional dialect of Norwegian they speak or write, so much so that to affect an easier-to-understand dialect—for the sake of, say, helping a foreign student of Norwegian understand them—feels so wrong that in such circumstances they prefer to speak English. While in Norway, unlike in the US, there is by and large no stigma attached to speaking a dialect, there is a stigma attached to speaking a dialect that is not your own.

Early on it was decided that since it was its dialects that kept Norwegian distinct from Danish, the equal status of all dialects must be preserved. This is not to say that people don’t make fun of each other’s dialects; there is lots of good-natured discussion around whose dialect is the ugliest. But, to give an example, teachers in school cannot correct their students for speaking a different dialect.

So linguistically egalitarian are the Norwegians that Norway’s major public television networks also produce programming in the language of the Sami, the indigenous population living mostly in the north of Norway. Though there are only 40-50,000 Sami in a total population of 5 million, every day they broadcast children’s shows and the evening news in Samisk (with Norwegian subtitles). That would be like American public television networks providing daily programming in Navajo or Cherokee. Hard to imagine that happening.

Sami in traditional dress for a cultural event.

It is interesting to imagine what things would be like in the US if we regarded all dialects equally, as the Norwegians do. While I don’t know a lot about the history of our most prominent dialects’ development, I think a lot of the stigma directed in some regions of the country toward certain dialects comes from the complicated and often ugly history framing, for example, Northerners’ prejudice toward Southern dialects, or whites’ prejudice toward Ebonics. How might it challenge us to do some serious thinking about these parts of our history if we learned to view as equally valid the different language patterns that grew out of this history?

“Dialects are not necessarily positively or negatively valued; their social values are derived strictly from the social position of their community of speakers[,]” as W. Wolfram and N. Schilling-Estes explain in American English: Dialects and Variation. What does the way a nation treats its speakers of certain dialects say about the values of that society? Because even if Ivar Aasen made my life more difficult by preserving and legitimizing the dialects spoken by many of Norway’s most disenfranchised citizens, I see the great value of his larger project and its enduring message. Everyone matters. And the tool we use to express our worth—our language—matters, too.