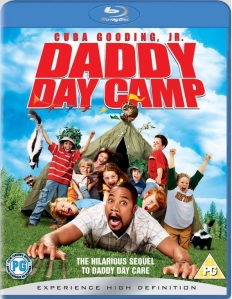 Against the advice of my wife (a licensed educator), I am attempting to keep my three sons—ages four, six, and fifteen—home with me this summer.  (I use the present progressive tense along with the verb “to attempt” because, while the action is ongoing, it may not be ongoing for long, as my wife keeps threatening to close “Camp Dad” for the season.)

This really shouldn’t be a problem, or so my thinking goes.  After all, I work from home and, owing to my wife’s hectic work schedule, do much of the kid-watching during the school year, taking them to and from school and shuttling them to various soccer practices and games throughout central Illinois.

“Why should we spend the money,” I argued, “When I can take care of them here at home for free?”

We are only three weeks in to the official “Camp Dad: Summer 2013” season and already I have lost two of the kids, though for only a brief period of time.  The first, my four-year-old, I feared had chased after the dog who had escaped into the woods behind our house.  Once I had corralled the mutt (the dog, not my son) with the help of a neighbor, I noticed that the littlest was missing.

As I ran through the neighborhood frantically calling his name, gathering neighbors for an impromptu search party, I heard the car alarm going off and knew immediately where he was: locked in the SUV and trying to open the door with the alarm set.

And there he was, safe and sound, and had been—playing a stupid video game, oblivious to the cries of his father—sitting peacefully and calmly while I was screaming my head off, calling his name, and making a spectacle of myself to the neighbors.

And casting real suspicion over this whole “Camp Dad” idea.

As if that wasn’t bad enough, I lost the middle son the next week.  Though again, only for a brief period of time.

We were all going to the local “Safety Town,” inappropriately named it would seem, where kids can ride their bikes and parents can sit in the shade and watch.  Since my two oldest are proficient at bike-riding and my youngest is not, my fifteen-year-old rode ahead along the trail with my six-year-old.  They would go on to the park while my four-year-old and I walked.

The oldest had his phone.  He is marginally reliable.  What could go wrong?

What could go wrong indeed.

They arrived at the park and my oldest son called: all was well.

My youngest and I arrived by foot some ten minutes later, and I took my place under the shade of a tree, eyes peeled for my six-year-old in his new bike helmet, conspicuous enough with a red plastic Mohawk down the center.

There were a lot of kids, so the first five minutes of not being able to locate him seemed normal.  But five became ten and so I asked my oldest where he was.

Ten became fifteen as my oldest son rode around the park looking for him and I, once again, resorted to the parenting tool I know best and use most often: screaming his name at the top of my lungs. 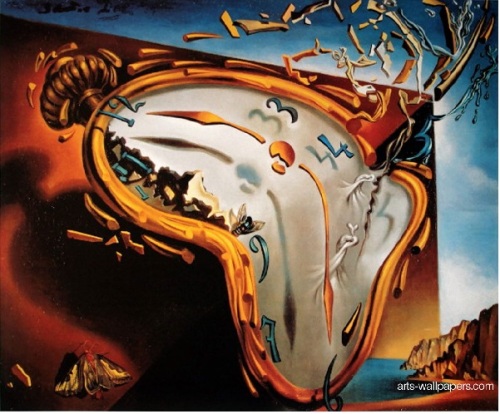 But to no avail.  No relieving sounds of a car alarm to signal where he was.  Nothing.  Just a park full of kids on bikes, but none of them my now-missing six-year-old.

As my eldest continued his futile search of the park on bike, I grabbed by youngest and bolted out the back towards the trail—the Rock Island trail to be exact, a 26-mile rail-to-trail project that runs from Peoria to Only-God-Knows-Where, Illinois.  If he was on that trail, he could be half way to Rock Island for all I knew.

And then my cell phone rang.  There was a lady on the other end.  “We have Lucas” she said calmly and sweetly.

“Oh thank you!” I exclaimed, not even contemplating that she could have meant something more sinister by her words, something out of Liam Neeson’s “Taken” perhaps.  A rather sweet ransom call.

Luckily, she was no Albanian gangster, but rather a mother out for a walk with her own mother and her seven-year-old son, who was now comforting my lost child.

Evidently, not seeing his older brother, my son decided to ride back to find us, going out the back of the park as we were coming in.  Needless to say, this was not in the itinerary for Camp Dad.

We soon reunited and all was well again.

BUT THIS WAS ONLY WEEK TWO!

I shudder to think what can, or rather will happen next at Camp Dad, where our official motto has become: “Has Anyone Seen My Kids?”

And yet I am steadfast in my resolve, determined that Camp Dad will go on.

My wife, on the other hand, threatens that Camp Dad is about to close, pending legal action.

This entry was posted in Education, Family and Home, Health and Fitness, Uncategorized and tagged family, Matt McKinnon, parenting. Bookmark the permalink.

One response to “Adventures at Camp Dad”