“We still want free shit.” That’s what they were saying.
–Bill Maher (commenting on the people protesting the Stop Online Piracy Act)¹

On Wednesday January 18, 2012 Wikipedia went black.  Well, not completely black.  As you can see, it went mostly grey, gradually fading to black, with white lettering to explain why.  I have to admit, as a college professor, I was more than a little ambivalent about Wikipedia not being available.  After all, in terms of scholarship, anything user-generated is only as reliable as the users generating it.  Thus Wikipedia is not the best of sources from a scholarly perspective.  But I use it myself to look up quick facts about something to satisfy more general curiosities (like why Wikipedia went black).

Wikipedia, however, is not my topic; rather the reason it went black is. 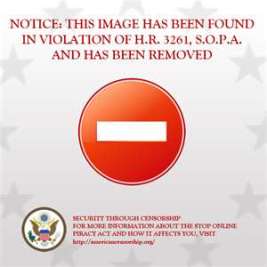 In an attempt to do something about piracy on the internet, last October Rep. Lamar Smith (R-TX) introduced House Bill 3261, the Stop Online Piracy Act (SOPA).  Without getting into the details of a bill few have actually read, the point of the legislation is to police the online trafficking of copyrighted materials, from “intellectual property” to actual material goods.  The fight seems to be more about how to do this than whether or not it should be done.
Leaving that issue—and the controversy of the actual bill—aside, I want to discuss what is arguably a deeper and more entrenched problem: the question of individual freedom and private property.

The reason I believe this is a deeper issue derives from what is arguably the central theme of the modern era.  Now, granted, there are a number of narratives informing what we call “modernity” (and by that term we mean “Western” modernity—here as well as all over the world), including the birth of the nation-state, the dominance of capitalism, and the rise of political liberalism.  Arguably, though, behind these and other modern narratives is the rise and dominance of the individual.

The problem is that, as this central theme plays out, it gives rise to tendencies and trajectories that, while not mutually exclusive, are nonetheless pitted against each other in a complex internal conflict.

This, I think, is the case with the inherent tension between individual liberty and private property. 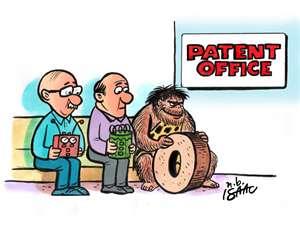 Here’s why:  The centrality of the individual and individual rights is in conflict with itself in two major arenas of modern life: the political² and the economic.  Both political and property rights have their basis in the idea of an independent and sovereign individual who is an end in herself and not merely a means—an individual who enjoys certain inalienable rights merely by virtue of existing.

The problem is that, taken to its conclusion, this trajectory championing the individual and individual rights comes into conflict with itself where society meets the market: on the one hand, the dominant narrative of democracy seeks to level all discourses, to dismantle hierarchies, and provide equal access and opportunity to all individuals.  (Hooray!)  On the other hand, the dominant narrative of capitalism (and especially that of property rights) seeks to hoard for the individual what is mine, mine, mine—thus creating and sustaining a hierarchy of haves and have nots.  (Ya damn skippy!)

While granting the simplicity of this generalization, the problem is that one trajectory of the dominance of the individual in the modern era is to tear down hierarchies while the other is to build them up.

In other words, we want to assert our rights to have access to most everything we want and we want the right to limit the access of others to what we deem our own.  Or as Bill Maher put it: “We…want free shit,” but he wants us to pay for it.
This is as true of Napster and Limewire as it is of fake Uggs and the bootleg dvds that you get from the guy at the barber shop. 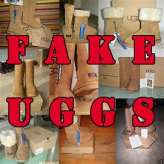 The democratization of knowledge (and everything else) is a good thing: it breaks down old hierarchies that at best buttress the status quo and at worse subjugate the common folk.  But taken to its extreme, this means that the private property of Bill Maher, Warner Brothers, Universal, and whoever else is at once private property and public property, inasmuch as it becomes part of the culture.  And as part of my culture, I have the right to access it anyway I can—regardless of what The Man’s oppressive laws say.

Shut down Limewire and we’ll just use the Pirate Edition.

After all, isn’t there a difference between a fake Apple store in China (which most of us would say is clearly stealing—though we might buy something there if it wasn’t all the way in China) and downloading or sharing music and video files?  Cause if I’m willing to sit through a bootleg version of Grey that wobbles in places or has Japanese subtitles, well, isn’t it my right to do so?

Then again, maybe we do just want free shit.

¹ Episode 234. Real Time with Bill Maher.  HBO. New York. 20 January, 2012. Television.
² I take “political” in its more original and expansive sense, the polis (literally “city” or “citizenship,” which includes not just questions of governance but all social interaction.

One response to “Free Shit”