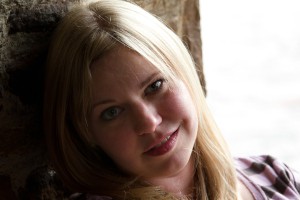 By Catherine Kahn
(Class of December 2012)

I began my college education as many people do:  fresh out of  high school, living in a dorm, attending a top tier institution.  As many of you know, life has a way of changing your plans.  After three years of working towards my degree, I met and married a Naval Officer.  My education took a backseat to supporting him and his career especially in the aftermath of September 11th, when he was more likely to be flying missions over Afghanistan and Iraq than to be home.  Life eventually settled down, and I thought it time to complete my educational goals, but by then there were a myriad of options− so many online programs− private, public, for-profit, not-for-profit, etc in addition to classes in a traditional setting.

Online courses definitely appealed to me.  I live just minutes from another public university in North Carolina, but the asynchronous nature of the online environment definitely fits into my schedule as a mother of three far better than traditional classes.  It seems that almost all schools offer online classes these days, but the BLS program and UNCG stood out to me for several reasons.  I am not merely an online student in a degree completion program; I have the opportunity to connect with other students and attend traditional classes should I so choose.  I have all the resources of UNCG as a state-supported institution behind me.  The school’s full accreditation and low tuition made it an easy choice for me to complete my degree here.

I’ll admit I really wasn’t sure what to expect from the classes or the BLS program, but I received a thorough well-rounded education.  The BLS program is a traditional liberal arts education that teaches critical thinking skills by exposing students to a variety of topics in the humanities.  In today’s society, which often places job training over critical thinking skills, programs like this are becoming extinct, yet I believe that these sort of classes truly make for better students and better people.

Professor Claude Tate’s “Visions of Creation” class was perhaps the most intense of the eleven courses I took within the BLS program.  By reading and analyzing creation myths from various cultures, the class was able to see patterns emerge and challenge our own views towards creation and learn what influences such beliefs.  This course was more than a religious survey, because it really forced the students to view the studied societies through the lenses of their respective creation myths, and in doing so we saw how these creation myths can shape an individual culture, including our own.

“Women, War, and Terror” taught by Professor Carrie Levesque opened my eyes to how women have been brutalized by war utilizing first-person narratives written by women who had lived through 20th century atrocities such as the Holocaust, Stalin’s post-WWII Soviet Union, and the Bosnian War.  As a student, I had often wondered why we never heard the women’s stories.  Surely, they were just as horrific as the men’s.  Surely they were beaten, starved, raped, tortured, and treated like no human being every should be treated.  Professor Levesque’s class delved into these topics, and while the readings and discussions were often painful, they were nothing compared to what the authors experienced.  The authors were marginalized in their own societies, but our society needs classes like this to remind us that women have voices and sometimes they scream out in pain, and we need to listen.

I could go on and on about the classes I have taken, because save just one or two I have enjoyed them immensely and learned so much.  While studying the plays of Shakespeare, the history of the theatre, writing my own memoirs, discussing ethics, reviewing some of the great trials that have shaped America, or studying one of countless other topics, all the courses in the BLS program forced me to make connections.  I learned to connect whatever I was studying to my experiences and to this culture.  And, that is what critical thinking is all about.  I feel my education at UNCG has prepared me for my next step in life.
I’m graduating next month from UNCG with my BA summa cum laude, because of the BLS program, and next fall I’ll be attending a top ten law school to which I have already been accepted.  The UNCG BLS program has made it possible for me to succeed and fulfill my dreams by both fitting into my demanding schedule and providing me with a world class education.